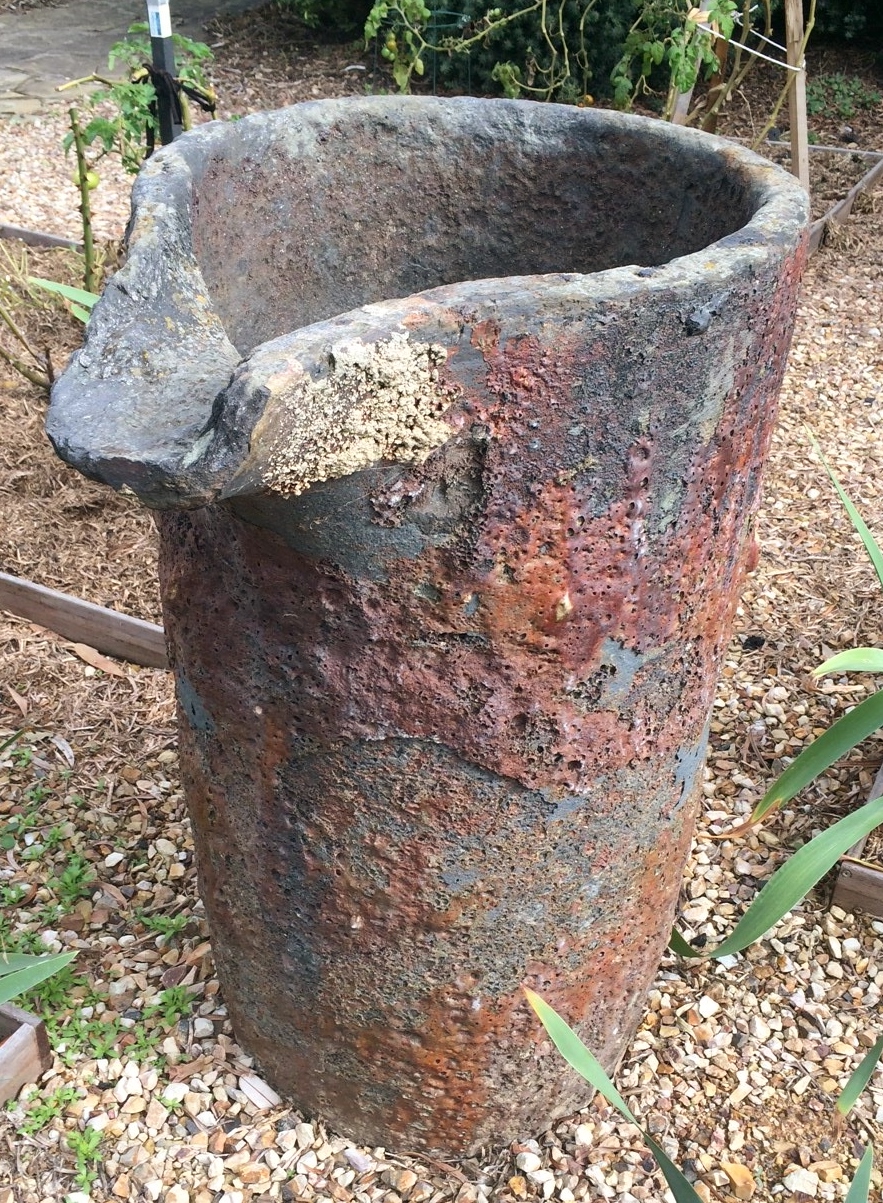 ur passion for gardening as well as many philosophic discussions over morning tea.  Janet is a very modest and humble person.  In fact recently I discovered Janet was awarded an OAM for her services to the community. She has never mentioned this to me.  In Janet’s garden there is a crucible that was sourced by Ellis ‘Rocky’ Stones in 1969 for a roof garden for her husband’s office in Tumut. ‘Rocky’ Stones is well known for his work with Edna Walling in the 1930’s and 40’s.  Edna Walling said that he had a rare gift for placing stones.

This is Janet’s story …

In 1969 Ellis (Rocky) Stones travelled to Tumut in NSW to design a country garden for our property and a roof garden for my husband Robin’s new office.  The roof garden was to be the outlook for Robin’s office upstairs in a new commercial building that he was constructing.  Forming a foreground for views over the river valley towards the distant hills the garden would be paved with river pebbles from the bed of the Tumut River, planted with hardy drought-resistant plants, including bamboo and grasses and would feature the crucible which Ellis Stones had procured from BHP.

Construction was in progress when Rocky was flown up to Tumut in a light aircraft by my father, J.F.W. Ballantyne, the architect of the commercial building. It was not a comfortable journey. Rocky suffered from injuries sustained at Gallipoli and the cramped leg-room in the rear seat of the tiny plane meant that he arrived in Tumut in considerable pain. He had been too polite to ask for the front passenger seat. Never–the-less he gave himself to the design not only the roof garden but also of the first section of our country garden, “Overlooking,” on the Lacmalac Road outside Tumut.

Rocky stayed in Tumut for some days, supervising the work on the “Overlooking” garden. He was not a young man and every now and then he could be discovered, lying on the ground, completely relaxing, in order to be able to work some more.

The garden he created included a dry creek bed and a rustic bridge, a meandering stone paved path and his signature indigenous plants.

A decade later Gordon Ford considerably extended the garden, supervising the placing of huge rocks to create the kind of rocky hillside overlooking the Tumut River valley that Rocky himself would have appreciated.

Meanwhile the whole Paisley family was recruited to gather stones from the Tumut River bed in the Blowering Valley for the roof garden.  The Blowering Dam was under construction at that time and portion of the river bed was dry and filled with river stones, perfect for the paving of Rocky’s garden.

Finally, the crucible arrived. With considerable difficulty it was positioned in the roof garden where it remained until 1984, admired by its owner and clients alike.  When we retired to Barwon Heads in that year, the crucible was too special to leave behind so another crane was hired to lift it from the roof garden into the removal van.

In the new garden in Barwon Heads, the crucible remained, for nearly three decades, under a tree, increasingly out of sight and unappreciated. In 2012, however, when the front lawn was dug up and replanted, the crucible was given a new life, regaining its rightful place as the feature for the Parterre designed by Helen Melville. 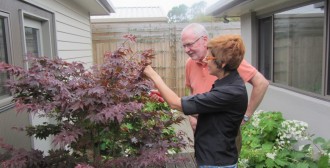 If you love gardening but would like some professional guidance, let us work together in your garden and I can show you the best techniques to improve your garden and suit your lifestyle. 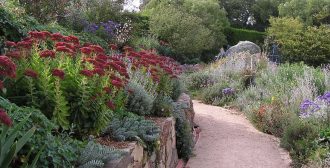 Let me explore all the dimensions of your garden from general plant health to landscape design.   A standard consultation enables me to advise you on what steps are required to plan your new garden or rejuvenate and improve an existing garden.  I can advise on garden health, planting design and plant selection. The consultation is […] 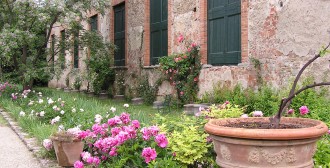 Mediterranean gardening is way of living in harmony with the local environment.  Based on hundreds of years of human experience on the land, it is frugal and fruitful, serves many purposes and gives year-round pleasure. Any one feature, any one plant, can look attractive but also provide food and drink, scent and wellbeing. Today, Mediterranean […]